This past weekend marked the opening of Christmas season in Walt Disney World with the first Mickey’s Very Merry Christmas Party (MVMCP) of the year. For many, planning for the Mickey’s Very Merry Christmas Party can be both exciting and overwhelming.  Since this event requires a separate ticket ($62-$71 ages 10+; $57-$66 ages 3-9) and some make this a one-time experience, most want to get the most out of this evening and DWDads is here to help.

The most important way to prepare yourself for MVMCP is knowing what to expect.  The event is held November 8, 11, 14, 15, 17, 21 and 22 and December 1, 3, 5, 6, 8, 10, 12, 13, 15, 17, 19 and 20 from 7PM-12AM, though the park opens to those that have party tickets at 4PM  Given that this party begins at or around many of our little children’s bedtimes, taking a late afternoon nap, might allow your group to prolong your night later than a typical night – after all, it is Christmas. Eating dinner prior to the start of the party is also a good idea, unless you plan on eating cookies and hot chocolate for dinner (no judgment here).  Pick a few things that you list as your Must-Dos and prioritize the rest.  Since the party is only 5 hours long, it nearly impossible to do it all and that is ok.

Here is our list of the 12 best things about the Mickey’s Very Merry Christmas Party – the Twelve “Yays!” of MVMCP.

12) All you care to enjoy cookies, hot chocolate and cider 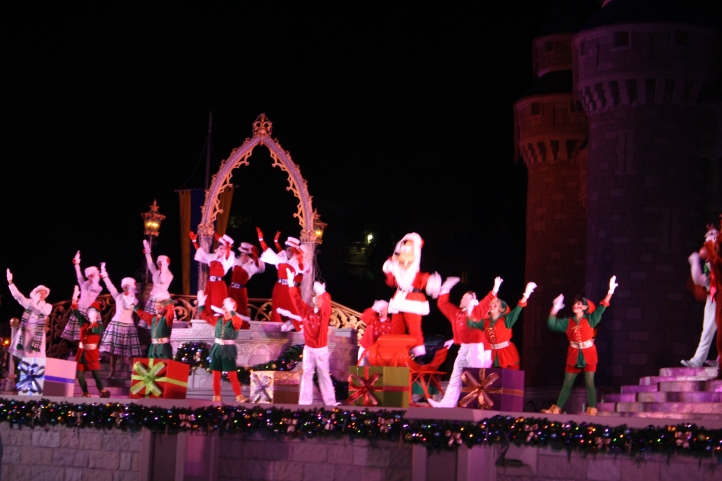 3) Mickey’s Once Upon A Christmastime Parade 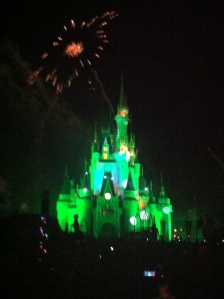 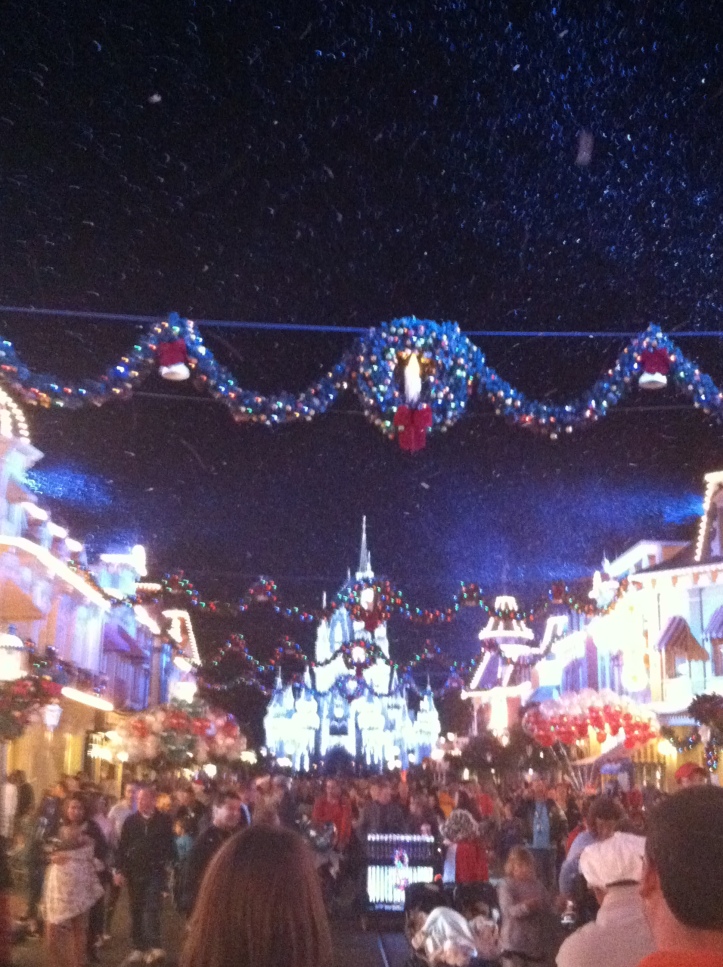 In 2012 we went to the first MVMCP of the year on November 9th.  At the time, our boys were 3 and 18 months.  We spent that morning at Animal Kingdom and left right after lunch. All four of us went back to our resort and took a 1-2 hour nap and got ready to be on the bus by 4:30 or so.  We arrived at the Magic Kingdom just after dark and we watched the Move It! Shake It! Celebrate It! Street Party coming down Main Street.  After picking up some hotdogs and snacks at Casey’s, we immediately headed toward Frontierland to line up to meet the Seven Dwarfs.  We got there at about 6:30 and the line had already formed and continued to build as we enjoyed our dinner in line.  The party started at 7 and we were able to meet the 7 Dwarfs and get pictures by 7:30.

Clare and Charlie then walked toward Main Street to get a spot for the parade while Jack and I rode Splash Mountain (no line).  We then met up with them on Main Street and waited for the parade.  You want to make sure you watch the parade from in front of the shops ON Main Street in order to capture the full effect of the snow falling during the parade.  As you wait for the parade, there are cast members in the street entertaining you and the kids. Charlie even got called out with other kids to dance in the street. As soon as the parade ends, you should make your way into the street and grab a spot for the special Holiday Wishes! somewhere in the street before the hub.  As we waited for the show, Clare ran to get some cookies and hot chocolate for all of us to enjoy.  It was truly one of the best displays we had ever seen.

Once Wishes! was over, we made our way down toward Cinderella’s Castle to get a spot to watch the Celebrate the Season Stage Show which started soon after the end of Wishes!  During that show, our 18-month-old fell asleep. It was at that time that I realized how important seeing the early parade and naptime had been.  Our 3 year old continued to party, though, at the Character Dance party in Cosmic Rays.  We enjoyed a few more cookies and he and Clare rode the WEDway People Mover once again. We caught the end of the 2nd parade as we walked down Main Street and stopped in the shops. I picked up my special Sorcerers of the Magic Kingdom cards.  The thing I remember most, though, about that night was that as we walked down Main Street and glanced back at the castle, how softly the snow fell.  It was truly a magical night!

If you want to give Mickey’s Very Merry Christmas Party a try, please contact us and we can help make it happen!